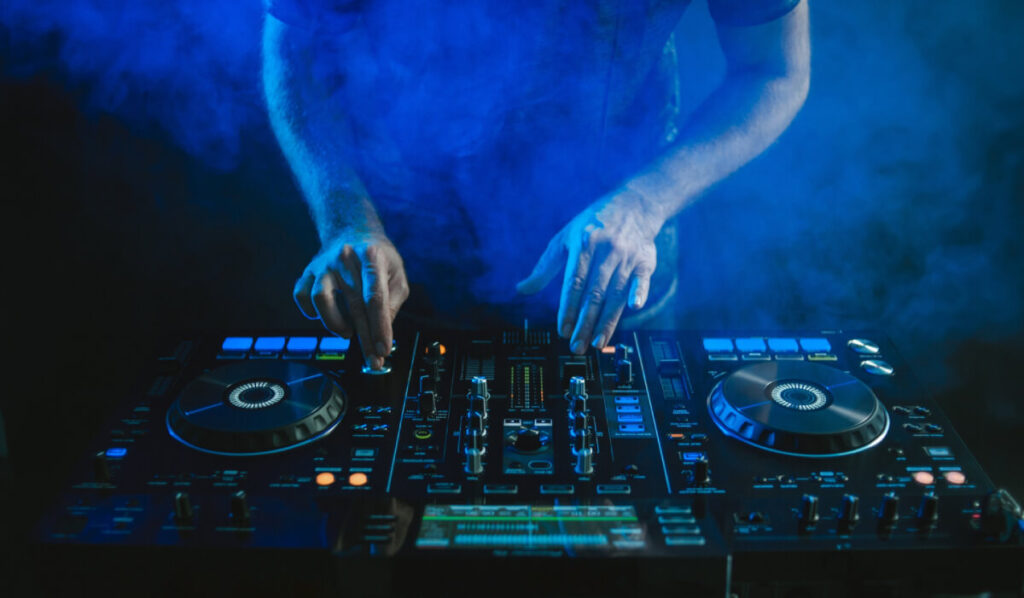 Are you passionate about DJ and want to start practicing? Do you want to get your creative juices flowing? Would you love to be the life of the party wherever you go? Or do you just want to give that old playlist a new lease of life?

Well, we bring you excellent news, and is that you no longer need expensive or complicated equipment dJ software. Transform your mobile into an excellent mixing desk with some of the best free music mixing apps available on the Internet, so you can take your passion wherever you go.

The renowned manufacturer of audio and DJ equipment brings us this new version of its already recognized and revolutionary application for iOS in which, although it loses support for iPhone, it maintains the features that made the first version stand out and adds improvements, among them, a much more refined user experience on your iPad thanks to its interface which you can adapt to your own style. Among its functions we can find:

Pioneer, another benchmark in the audio industry and standard DJ equipment, is not far behind offering an application that will make any DJ feel that he is in front of his mixing desk thanks to its well-achieved and colorful interface, which recreates the well-known decks of the brand. In addition, it is available for both Android and iOS. It has very good features, among which stand out:

We are in front of what for many, is the undisputed number 1 tool of its kind. Edjing mix gives you professional-level mixing capabilities on our pocket device, either Android or iOS.

It features functionality very similar to the previous ones, including sampler, professional FX, crossfader, looper, auto sync and automix, to which are added:

An excellent app for Android devices that, unlike others, has no in-app purchases and allows access to all its features for free. With a simple interface, designed for ease of use, it is not as complete in terms of functionality, but it has enough options to fulfill its task, among which we can mention:

Another excellent app available for Android, capable of turning your mobile device into a fairly complete mixing desk. It has a powerful automix function based on artificial intelligence that identifies rhythmic patterns and decides the best entry and exit points for each track.

For iOS, it is also available with similar functionality, some extras and improvements, although it has a paid version to fully access all the features.

This great app compatible for both Android and iOS, developed by Mixvibes, experts in DJ software, is going to allow you to take mixing on your device to another level, with a performance that equals that of a professional booth thanks to its features, which have nothing to envy to other apps, of which stand out:

It also has its effects pad that can not miss, a player compatible with many audio formats and optimized for tablets, cell phones, and Intel equipment, ensuring a smooth experience on any device.

This great app for mixing music leaves aside the minimalist or device-adapted interfaces of its competitors, and surprises us with an interface that simulates the view of a 3D mixing desk, being able to modify the point of view to your liking!

It has the functions that can not miss in an app of this type as crossfader (automatic and manual), Pre-cueing, pre-listening, sampler, pitch slider, professional FX, looper, Auto BPM, among others, although it has a couple that are worth mentioning apart:

Next on our list is a much more discreet and simple app than the ones we’ve seen so far, which is perfect if you want to make simple mixes without so much to configure.

Available for Android, it’s designed to be surprisingly easy to use, even if you have no idea what it’s all about when it comes to mixing and DJing. As notable features of this app we have:

In ninth place we bring you this powerful app for creating mixes that turns your Android or iOS device into a full-fledged professional recording and mixing studio.

Its interface differs completely from the previous ones, as it doesn’t have the jog wheels or the typical presentation that resembles a mixing board, but with mixing and recording functions that none of the previous ones have:

To close our list, we bring you this popular application among Apple users, compatible with iPhone, iPad and iPod touch. It has a much simpler interface, flat and full of pastel colors, designed for an excellent visual experience and greater ease of use.

It does not have as many options as other apps we have already seen, but even so it is still a recommendable option thanks to its powerful AI that gives it Automix function, the ability to access your Spotify and Apple Music playlists, plus it allows you to edit tracks and add certain effects from the studio.