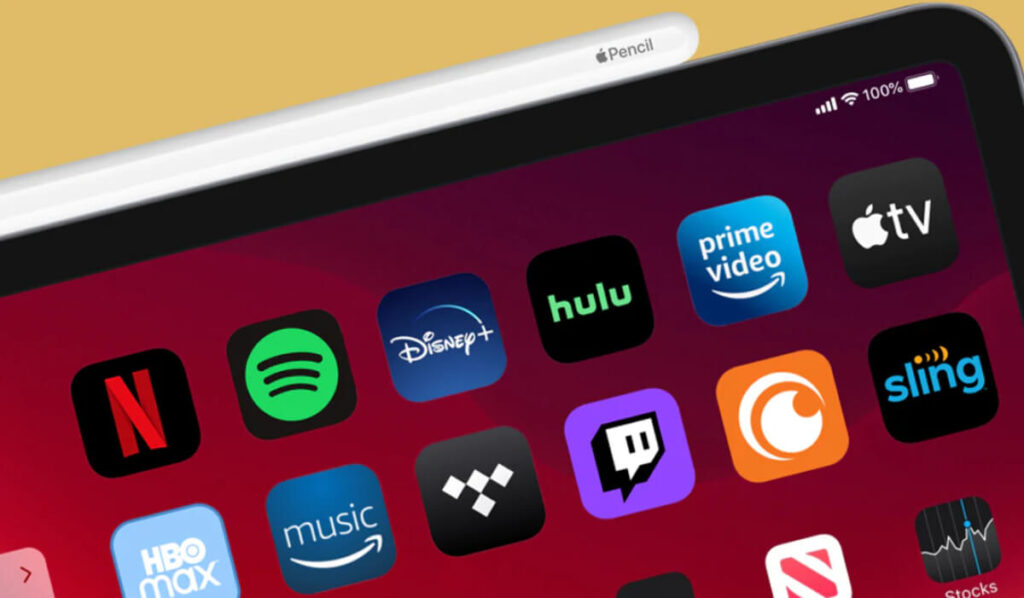 Video on demand (VOD) platforms from which we can watch series or movies in streaming are booming, and companies like Netflix or Disney+ continue to gain millions of followers year after year. Although these types of services are ideal for enjoying them on the big screen, mobility is becoming increasingly essential, and every self-respecting platform also has its own app for mobiles, tablets and smart TVs.

In today’s post we review some of the best streaming video apps for Android with which we can enjoy our favorite series, movies, programs and content.

Netflix is the most iconic streaming video service today. More than 221 million subscribed users attest to the success of the streaming platform par excellence. A service where we can find everything from series praised by critics and audiences to a lot of bad content.

If what you value is an extensive catalog, here you will find something you like for sure: it has an infinite number of series and movies, self-created content, a variety of genres, support for a multitude of devices, and the largest collection of Japanese anime compared to its competitors.

Disney+ has been one of the latest on the scene, and the truth is that it only grows in number of subscribers year after year. The success has been achieved in part by offering a fairly inexpensive subscription price, but it has mainly been the Marvel and Star Wars series that have attracted a lot of curious people to the platform.

Nor can we forget the entire catalog of classic movies that Disney treasures, being one of the best services for those who have children and young people at home. Oh, and they also have all seasons of The Simpsons.

HBO Max is a platform that prioritizes quality over quantity, which means it doesn’t have as many series and movies as Netflix, but in general terms the level of production is quite a bit higher. Since recently HBO Max also offers the advantage of being able to enjoy Warner’s movie premieres just 45 days after their release in theaters. Here you will also find all the DC Universe movies, a lot of exclusive content in Spanish and series such as Succession or Larry David.

Crunchyroll is a streaming video platform exclusively oriented to anime, and has more than 25,000 chapters and about 15,000 hours of content. The app is free but with ads, although if we subscribe ($4.99 per month the cheapest subscription) we can get rid of them. It has a 14-day free premium trial period. The best way to watch anime on Android.

Amazon’s streaming service is one of the most underrated that we can currently find. Its price is really low, as it falls under the Amazon Prime subscription (which is already low, at least for now). Prime Video has a great closet, with lots and lots of classic movies from the 90’s, 80’s and a great variety in general.

When it comes to creating exclusive content it doesn’t have as constant a level of production as Netflix, but it makes up for it with such great series as The Boys, The X-Files or The Office, among others. The perfect place to find your next hidden gem. It also has the occasional interesting anime, and the new Evangelion movies.

Discovery’s streaming platform offers the largest catalog of programs on crime, mystery, nature, motoring, relationships and documentaries. All content is in Spanish, with some truly memorable reality TV productions such as “Tacaños extremos”, “40 días para casarte” or “Ghost Adventures”.

Discovery+ has the advantage that its subscription is the cheapest compared to its competitors, barely reaching 4 euros per month. It still has a lot of things to improve, but if you like UFOs, war documentaries, extreme fishing and this type of content you will surely enjoy it.

Hulu is another of the greats in this streaming content along with Netflix. It has a catalog especially focused on series and is one of the first to upload new content and chapters. It has a basic service for $6.99 with occasional advertisements, and another one for $12.99 completely free of advertising. In Spanish-speaking countries it is not as popular as Netflix, but it is undoubtedly one of the best known platforms worldwide with more than 45 million subscribers among its ranks. The first 30 days of subscription are free.

One of the best streaming content platforms, in general, today. Focused mainly on video games, although for some time now you can also find other types of content. It has countless channels to which we can subscribe and watch the videos of our favorite content creators in a very intuitive app with a really robust service. For many, the natural heir of YouTube.

Unlike the rest of streaming apps rlaxx is a free platform that is maintained with ads, like the TV of a lifetime. It has more than 40 channels that broadcast live TV, all of them dedicated to a different theme. There are K-Pop channels, cooking channels, ASMR, boxing, comedy and in general, quite curious and different content to what we are used to seeing in this type of applications. Available for both Android and Android TV.

Google Home is not a platform that offers streaming content as such. This app will help us to create our own media library, from which we can explore and manage any app that has support for Chromecast. It also synchronizes with other Google Home devices, and best of all, it is 100% free. Ideal for any user who has a Chromecast at home.