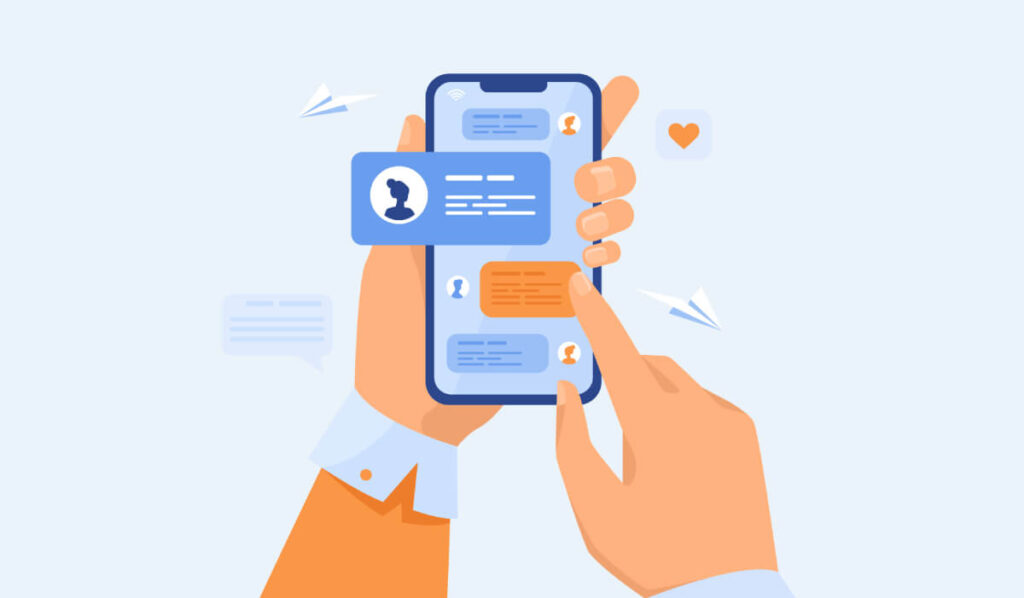 Can you imagine how cool it would be to interact with your friends and meet people from all over while playing with your smartphone? If the idea has crossed your mind, or you’ve already had experiences on other platforms and you’re wondering if something similar exists on Android, you’re in luck.

Virtually all video game genres have managed to migrate to Android, and games based on social interaction or with the possibility of chatting with friends have not been the exception best MMORPG games, which usually have chat. But today we focus only on the best games with chat for Android.

What are the best games with chat for Android?

Among Android games that allow chat interaction, we have two categories: those that have an integrated chat to interact with other players, and those whose story or gameplay revolves around the mechanics of a chat. In this list you’ll find a bit of both, so, without further ado, let’s go with our top 10 for today.

We start today’s list with this great game that has been crowned as one of the most popular in recent times. And what is this game about? Well simple, a group of crew members try to carry out their mission aboard a spaceship. But along with them there are a couple of impostors who will do their best to sabotage everything and try to wipe out the crew

Each game is played with a minimum of 4 and a maximum of 10 players. They can be players from anywhere in the world, or a group of friends connected in a Wifi network. The interesting thing about the game, and what places it in this list is that you interact by chat.

The dynamics of the game is as we will explain below:

In addition, meetings can be called without the need to find a body. The game will continue to run until there are no impostors, or crew, left. During the game, and in meetings, players can interact via chat to accomplish missions, mislead, or try to find the impostor.

Created mainly for the female audience, with plenty of pink tones and a peculiar theme: fashion. The game has a pretty good graphics and a lot of options to customize your avatar.

The whole mechanics of the game is based on creating your own avatar and then compete in events, fashion shows, and participate in mini-games. With this you will climb positions and win new accessories for your avatar. One of the advantages is that it allows you to fine tune and modify every detail:

The good thing about this title is that, being an MMO, behind each avatar there will always be a person who controls it. This will let you interact with people from all over the game. This way you’ll be able to have fun and make new friends by socializing, comparing avatars, sharing experiences and participating in group chats.

Here we have an application that is at the same time an RPG, a social network and contains elements of an MMO. On this platform you will be able to do everything from playing games to building, trading, socializing, creating groups and more:

Once inside, you can get housing, a profession, a pet and even go to public places to interact with other players. Regularly, events and challenges appear in which you will have the opportunity to participate and win rewards. For playing you will get points or items that you can use, trade or exchange within the same application.

Another well-known online platform that, more than a game, consists of a vast virtual universe where users interact creating new worlds and games. Like the previous one, you can produce your own avatar entirely to your liking with the large catalog of objects at your disposal

But its main attraction is the possibility of creating your own three-dimensional world to which the whole community can have access. Thanks to this, you have an enormous amount of games and experiences waiting for you to discover them in the company of your friends.

Of course, the game has an integrated chat function to connect with the more than 100 million monthly players. Through it you can interact on the platform, send private messages and participate in any of the communities. You can also follow users and be followed within the application.

More than a game with a chat function, Plato is a chat platform that has a wide variety of games to share. The idea is to generate a chat environment in which you can have fun, meet people and interact whenever you want. Among the games available you have:

One of the advantages of Plato is that it takes very good care of privacy, so it does not ask for data such as email or phone number to enter. Nor does it store users’ conversations, deleting the content from its server once the message has been delivered.

The platform gives you the possibility to create large groups of up to 250 friends with which to interact and play any of the mini-games available. You can also enter the 1 vs 1 matchmaking system or compete in tournaments.

We return again to virtual worlds with IMVU, an app in which you can immerse yourself in a huge social network and communicate with people from all over the world. In this platform we will create a personalized avatar to then enter a virtual city and interact with other avatars

Once inside, you can adjust many details of the application and the avatar to your liking, and you can even decorate what will be your virtual home. Through this social network you can create a complete virtual life, performing actions such as:

You can even create relationships with other users (you can get married and even get divorced later) and have your own pet. It is undoubtedly one of the best options for interacting in virtual media that exist today.

This application is designed to give an extra touch to social interaction through the network. It has a style that may be quite familiar or similar to networks like Habbo. On the other hand, in Club Cooee you will also have to create a personalized avatar according to your style and creativity.

Once created, you can access a 3D virtual world with rooms where you can interact with other characters and participate in various activities. You will be able to create or participate in rooms with activities such as:

You can be the Dj of the party, create your own clothing line, get achievements and more. In addition, you have the possibility to accompany the chat interaction with actions and gestures of the avatar to reinforce the experience. You can create friendships, forge relationships and even go on virtual dates within the world of Club Cooee.

We now take a huge leap in terms of theme and style, as we abandon the interaction with real people, but we keep the dynamics of the chat. and for what purpose? Well, in this game you will have to test your detective skills and try to solve a series of murders, only through a chat.

For this, it has an interface that will be very familiar, almost perfectly simulating popular messaging applications. Through this application you will interact with the different characters through messages and even calls in order to obtain information and clues.

You will choose each of the answers from a series of options, and be careful, because your decisions will have an impact on the end of the story. In addition to calls and messages, you also have to solve puzzles and examine evidence. Undoubtedly it is a title worth trying, especially if you are a lover of intrigue and investigation.

We now leave the theme of murder to enter into something completely different, and surely new to you. This game has the purpose of simulating very well what it would be like to chat with a person, only that it goes beyond a simple conversation.

The character with whom you will communicate, named Taylor, will learn and acquire more skills as you interact. He is lost, alone, on a moon far from the planet and needs your help to survive.

As you interact, he will ask you for advice, some of it life or death, in order to survive in the place where he is trapped. You will receive notifications throughout the day, and you just have to answer them and help Taylor make the best decision.

Let’s close our list today with a title that is definitely not for everyone, and requires a certain maturity, given the topics it touches on. As soon as you start the app, you will receive a message from a stranger. The interesting thing about this game is that you will have to perform actions in real life, such as:

All this in order to try to find out who is that person talking to you and what he/she is trying to do. The story will of course depend on our actions, and the decisions we make will define the outcome. During the conversation, you will be able to touch on very deep topics that include things like suicide, violence and more