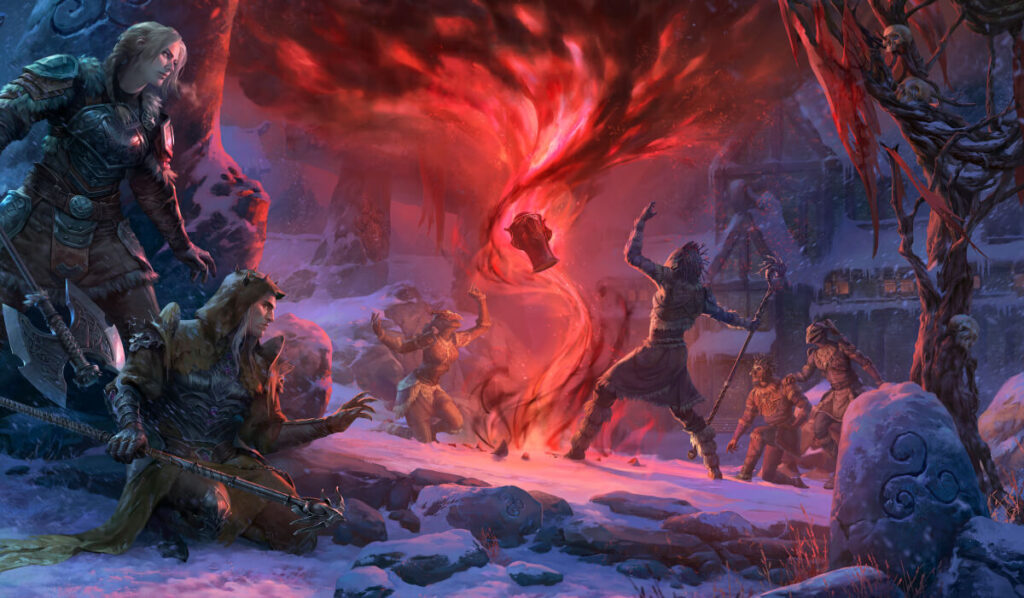 MMORPGs have had a notable growth in recent years; many of the most renowned titles have Android versions that have accumulated millions of downloads all over the world. Due to this immense popularity, large companies and developers are betting on adapting their best projects to mobile devices.

Known by its acronym as “massively multiplayer online role-playing video games“, it is a genre that allows us to create a character in our style and introduce it to an open fantasy world, here you can interact directly with other players. If you are a fan of this style of gameplay, you have to know the best MMORPG games for Android.

What are the top MMORPG games for mobile?

The main feature of this acclaimed genre is the incredible number of players you can find and interact with in real time. In most of them you’ll be able to create battle groups, fight against other users while you complete a mission and trade directly with them. Below we show you the most successful titles that are completely available for you.

To start this list, we present you with a title that has a very attractive visual section , with excellent graphics that are rarely implemented on cell phones. If you like anime design, you have to give this game a chance.

It has an open world where the user has a lot of freedom to move around, you’ll have to carry out activities and some secondary missions to advance in the storyline. This MMORPG has features that make it very complete compared to others, you have the option of living with other players in fictitious cities, fight against large hordes of enemies and use vehicles.

This game is a MMORPG with a fantastic medieval atmosphere. It was released in 2017 with a paid version, then in 2019 they implemented its free to play mode in free mode. What stands out the most about this multiplatform game are the incredible large-scale combats, its adaptable PVP mode and the economy implemented to the player.

If you enter this medieval world you’ll have to fight for your life, collect, search or sow resources and forge your own combat team. Build your house and make it evolve, keep all your valuable material in it. In short, it is a wide game with many options where you choose what you like to do the most.

It is one of the oldest MMORPG games. It was released in 2001 in South Korea only for computers, due to the great success of this saga the developers focused on releasing updates and its mobile version for Android phones.

Ragnarok M uses many of the features applied to the computer version, integrates most of the hero classes, legendary maps and many of its mythical monsters, all this accompanied by excellent 3D graphics. Enjoy the experience of creating your character and customizing it with colorful clothes while you enter a world full of dangers.

Lineage 2 Revolution is the mobile version of Lineage II for computers. For many players it is the Asian counterpart and direct rival of World of Warcraft in the world of MMORPGs, since it has been catalogued as one of the best.

In this version, you will have to choose one of its mythical characters, turn him into the best warrior, while you fight epic battles against multiple enemies and mythological beasts. The graphics are quite attractive and from time to time it receives updates that increase improvements and new options.

This title is another one that has great graphics, its character and environment designs considerably increase the quality and experience of the game. With V4 you’ll enjoy long hours of entertainment; the wide variety of tasks that include PVE, a lot of PVP and social contact with other players are some of the features it offers.

A point in favor that should be highlighted is the possibility of cross-platforming with the computer version, this allows you to switch between its two versions. Although it has some pay to win mechanics, it’s up to you to give this great game a chance.

Perfect World Mobile is a game set in Chinese mythology and its mobile version is now available after its first release 15 years ago. It is an open world where you will find elves, some mythical monsters and many farming options.

Once you enter this magical setting, you’ll notice that color and picturesque landscapes abound, it’s an environment that seems less aggressive compared to previously mentioned titles, which can be recommended for some children. You just have to create a character from the available races and join the adventure.

If you are an old MMORPG player you have possibly played or heard of the famous MU franchise. This time it has adapted its style of gameplay to the Android operating system and as expected has been a success, this application is known as MU Origin 2.

The style of gameplay and theme for cell phones is very similar to the one we get on computers. They have taken very good care of every detail, from the creation of the characters, the atmosphere, sound effects and the whole world full of dangers that you must overcome. Today we already have several sequels for mobile, MU Origin 2 and 3 contain new adventures and many improvements, you just have to download the one you prefer.

This unique MMORPG is ideal for children who want to get into this style of game. The world of Tales of Win was carefully designed with children’s graphics, delicate, colorful, details that make the game ideal for the little ones.

Here you will be able to create your character among many available classes, each one with different characteristics. Once this is done, your adventure in this magical world will begin, you will have to perform different quests, manage your farm and you even have the option to marry another character.

Another wonderful title with mind-blowing and colorful graphics. Its aesthetic features anime characters designed by the famous Studio Ghibli. This is the first release of the Ni no Kuni saga, which has proven to be an excellent video game for its many features of real-time combat, decorating your own farm and that you can join or create a clan with your friends.

This is just a small taste of everything that awaits you and what you can do in this universe, here you will trace your own path. This massively multiplayer online game has often been compared to Genshin Impact.

This MMORPG already has more than 10 million downloads, which has positioned it as one of the most played by Android users. It has been well received by the gaming community and it is certified by the many positive reviews from prestigious websites such as MMORPG.com, Kotaku and Forbes.

If you want to enjoy this game you’ll have to choose between three classes of characters that have different equipment and a variety of abilities that make them unique. It contains a pet system that further increases the user’s fun and playability, adding a more interesting adventure, offering you fights against monsters and high-quality characters.