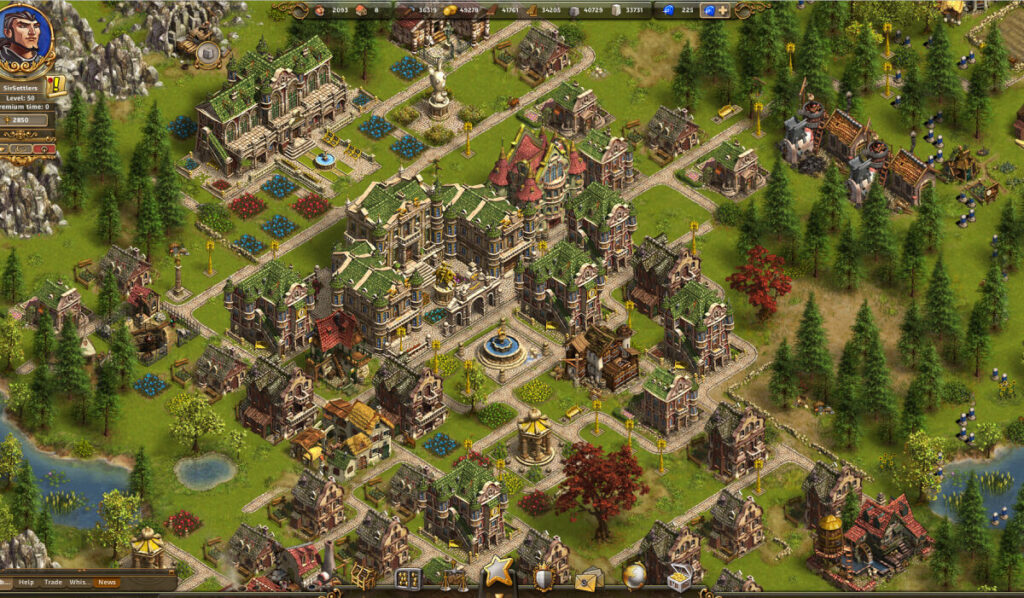 Real-time strategy games (RTS) have “something” that has captivated and continues to captivate players around the world. Loaded with a frenetic rhythm and a dynamic that doesn’t usually give much respite, they demand your skills and intelligence to the maximum. And if they are in the MMO format, pitting you against hundreds of players from all over, the adrenaline and action charge rises enormously.

By now, almost every genre of video games has been ported to mobile devices, just as with the MMORPG games for Android are no exception. In the Play Store there are real gems of the genre, and today we will present them to you in our list of the best MMORTS games for Android.

What are the best MMORTS games you can play on Android mobiles?

Create vast empires, command units, explore vast worlds and even build impenetrable fortresses, while allying or fighting with players from all over the planet. This and more is what you can do in real-time strategy MMO games. Each of them offers its own game mode, mechanics and characteristics, which you will learn about below.

are you on the side of the autobots or do you belong to the Decepticons? in Transformers: Earth Wars you will have to choose a side and fight for the destiny of the planet. In this game you will have to carefully plan your strategy, plant your bases, fortify them and start the war for the planet.

During the development of the combat you will be able to form alliances and join other factions of Autobots or Decepticons, fighting hand to hand with other players. And best of all, the action takes place in an open world, with graphics faithful to the original comics.

In the hot tropical jungle, an evil leader is trying to take over the resources: the Bloodthirsty General. Can you stand up to him, or will you be defeated by his troops and the unforgiving tropical conditions? In Jungle Heat, your mission will be to establish a base and conquer the resources before the dangerous general puts them under his control.

But beware, you will not only have to defend yourself from the general’s troops. The tropical jungle will also make things difficult for you with its vegetation and extreme climate. And, to top it off, you must watch out for other players, who can attack you and plunder your resources. And how will you do all this?

You can participate in intense individual tournaments or together with your clan, to demonstrate your skills and position yourself among the best. Also, revenge is not off the menu, and you can take revenge on those who attack you, or take the lead and attack first. And as a big plus, it’s multiplatform, so you’ll be able to follow the game from your social networks or other devices.

An interesting title that adds the RPG mode to the formula has now reached our list. In Unison League you’ll have to choose a character to form a team of up to 10 warriors together with other players to confront formidable enemies. This makes it a totally cooperative title, in which strategy and the adequate choice of characters have a decisive weight in the result.

What makes this game different is that for attacks to be more effective, they must be done at the same time as your allies. This will summon beings of great power that will confront the enemies to defeat them. You’ll also be able to plan attacks and moves per turn, just like any RPG.

Now let’s travel back in time straight to the Middle Ages, the favorite era for setting the most popular strategy games. Throne: Kingdom at war takes you to the time of the great kings, feudal lords and heroic commanders. And with what objective? That you manage to become a powerful lord with large lands, abundant resources and in command of a large army.

In this game you will have to test your skills as a resource manager and as a great strategist. You’ll start with a small village, which you’ll have to make grow and develop by conquering land and resources. On the other hand, you will have to create your army and military infrastructure to defend your lands and go out to conquer others. While you play you will be able to:

Although its mode is not new at all, it has mechanics that give it a new look and generate new challenges for players. And to top it all off, it has some pretty enviable graphics that make playing it a pleasant experience.

We couldn’t miss a title from the IGG studio that has already been with us for years providing tons of action in MMORTS format. For this edition, you’ll have to take part in battles against other players to be crowned World Ruler. Do you think you have what it takes?

Here you will also be able to build, expand and improve your base as you wish, as you advance in the game and conquer new victories. You’ll also be able to participate directly in the battles for the crown, or participate by providing the necessary support to help tip the balance towards your favorite. Other features of this title are:

Besides, you will be able to confront great enemies to defeat them and gain access to legendary heroes. Undoubtedly, this game is full of action everywhere, and you’ll have to hone your skills as a strategist to the maximum to conquer a place among the best.

remember what we said about the Middle Ages? Well, this title also takes us on a trip to the era of castles, kings and brave knights, with the addition of fierce dragons. Empire: Four Kingdoms is another game based on resource management and combat strategies, in which you will have to build an empire from scratch.

You will have to take a small castle step by step until it becomes an indestructible fortress, while challenging the ruling kings. Develop alliances, establish friendships and win support and advice to turn your village into a powerful territory. This title features the classic mechanics of the genre, such as:

But don’t think it’s all combat. As a good strategy game, resource management and your diplomatic skills to make the right alliances become important

Here we totally change the dynamics of combat and conquests for something completely different. In Virtual City Play players do not compete to create the most powerful empire, but try to create a dream city. You will have to take the position of mayor and lead step by step the rise of a prosperous city. You can achieve this by performing actions such as:

As you progress in the game, you will be able to improve the characteristics of buildings and services, as well as opt for ecological measures. You will be able to plant trees, generate extensive green areas, create recycling plants and clean energy sources.

The game offers you 200 different building models to build and diversify your city’s infrastructure. Additionally, you have 500 different missions and 100 achievements to conquer to add more dynamism to the game. And, to top it off, the game is still active even when you are not in it, moving the city’s economy and generating goods and money.

This MMORTS game has certain similarities to other common strategy games, such as:

To avoid falling into monotony, the game has 10 different combat modes. In them you will be able to fight against enemies, form guilds or alliances, fight one on one against enemies and more. Unit training is also completely eliminated, using the tactic of hiring heroes and mercenaries ready for combat.

As in other games, as you progress you will be able to expand your village and improve your buildings, fortifying it even more. You’ll also be able to gradually improve the abilities of your heroes, their armor and their effectiveness in combat, to conquer new villages and territories.

The galaxy is under the threat and domination of the VEGA corporation, and we must join the resistance to fight and defeat it. Surely this argument sounds very familiar to you, right?

In the same way that is already usual in this type of titles, the players will have to carry out activities such as:

A PvP mode in which you can challenge other players to a fleet vs. fleet combat, where you will have to maneuver your ships to defeat the opponent, could not be missing. Otherwise, the common enemy will always be the AI representing the VEGA Corporation.

During the game you will have to face multiple missions of different nature that will require you to change your strategy. This implies renewing, changing or modifying your fleet and your strategies in order to be able to successfully face each of the missions

Finally, let’s stay in space with this title that adds some interesting extras to the already characteristic combat strategy games. In Astro Lords you will be in charge of your own asteroid which you will have to manage and handle intelligently. The map is virtually set in the Oort Cloud, the asteroid field that surrounds the Solar System.

On your private asteroid, you will have to develop your facilities by creating buildings dedicated to mining, power plants, factories, laboratories, etc. From your base you will be able to organize activities of exploration, incursion, defense, attack and espionage of the other players.

As your potential grows, you will be able to conquer asteroids and grow your empire. With exploration and espionage you can get your hands on unique technology and artifacts, or keep an eye on opponents and alien inhabitants